The idea of floating airports has been around for a very long time in one form or another and   some still believe the idea could provide a solution to a region’s air traffic problems. Here I look at the history of the Seadromes concept and how they continue to be a consideration.

Below: Diagram for the proposed floating airport near Schipol

In July 2007 various publications reported a two-year old proposal by a far-thinking Encinitas, California lawyer who was attempting to revive the idea of offshore floating airports. The company he formed, Ocean Works Development planned to build a 2000 acre platform, costing US$20 billion, 10 miles off the San Diego coast at a point where the Pacific is 350 to 1000 metres deep. The idea was the brainchild of Cambridge educated Adam Englund who intended to install a superstructure in the style of a massive oil rig, with a pair of unobstructed runways. Englund claims to have gathered a team of forty collaborators consisting of ‘pilots, naval architects, maritime engineers and finance types’ to support the project known as O-Plex 2020. The elaborate plans include the main landing platform above four dedicated decks to provide hotels, shops, restaurants, conference centre, research facilities – even a university. The structure has been devised to offer real estate space covering an area of 200 million feet².  The idea was fired by the San Diego Airport Authority’s failure to find a suitable site to build a new land based airport.  At the time Englund said: “the offshore option is the best and apparently the only viable one for San Diego.” A number of experts agreed that the plan was workable, among them an oceanographer who believed ‘a floating airport is every bit as achievable as putting a man on the moon.’ The project of course also has its critics who consider the idea to be more delusionary than visionary.
Read more »
Posted by Robert Bluffield at 21:53 No comments:

It was announced yesterday that the number of unemployed has dropped yet those claiming Job Seekers' Allowance has increased. This sounds like a bit of a conundrum to me and suggests this is another attempt by the Government to cover up the truth. Do they really know how many people are now unemployed? I don't think so, and this is because thousands will either not be claiming Job Seekers' Allowance or, more to the point, they no longer qualify. This includes plenty of well qualified middle-aged men and women who are being ignored by employers yet are unable to claim Job Seekers' Allowance once they have been out-of-work for more than a year.

I believe employers are largely to blame for the high number of professional people who cannot find work. Ageism, in spite of legislation devised to prevent it, is still rife and it easy to use any of many excuses to mask the real reason for dismissing a job application. The majority of unemployed senior people will concur with this view and will be familiar with 'too experienced', 'the standard of applicants was extremely high' or 'you do not quite match our requirements' as being tantamount to being 'too old'. But there is another issue. Experience usually comes with age and this means that thousands of extremely capable people are being by-passed by companies because of a fear factor. The chances are that when an experienced older person applies for a job his or her application will be scrutinised by somebody much younger. A more experienced applicant can present a challenge to  less experienced employers that could create a situation that undermine their authority. This may be intentional or psychological - but often those that short list job applicants feel it may be better to cast aside anyone that could pose such a threat. There is evidence of this all around. We only need look at just one aspect of business - that of customer service - to see how poor it has become in many organisations. It is my belief that this is because the leadership in many companies is appalling and that many of the people they employ lack the experience or training to do their jobs properly.
Posted by Robert Bluffield at 12:03 No comments:

I was deeply saddened to hear of the death of Alex Hay, the former golf professional, BBC golf commentator for 26-years, author, artist, raconteur and former managing director of Woburn Golf & Country Club. 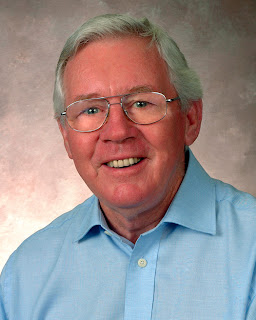 Alex’s banter with Peter Alliss and his special brand of humour and extremely entertaining after-dinner speaking was legendary and his knowledge and skilful broadcast deliveries led to him being known as the ‘voice of golf’.Born in Edinburgh in 1933 Alex was educated at Musselburgh Grammar School and took a job as an apprentice golf club maker before becoming assistant professional at Potters Bar Golf Club. He went on to become the club professional at East Herts, Dunham Forest and Ashridge before moving to Woburn where he shone, eventually becoming managing director, a post he held until his retirement.

I was privileged to know Alex, his wife Ann and son David very well and had huge respect for him in a personal as well as a professional capacity. He generously helped my business to progress enormously and his personal recommendation was instrumental in my long-term appointment as official photographer to the Dunhill British Masters Tournament. I admired his wit and even though I had heard most of his stories many times over they were nevertheless always delivered with great candour, laughter and timing. Many of his golfing tales are recalled in his excellent autobiographical book Ripening Hay (Partridge Press 1989).
Alex was 78 and had been suffering from pancreatic cancer. My sincere thoughts are with Ann, David and his other son, Graham at this difficult time.
Posted by Robert Bluffield at 16:54 No comments:

Well done Paul Scholes for making public what the majority of football fans have believed for a very long while. In a Sunday Telegraph interview today the retired Manchester United star who last played for England in 2004 said "I got fed up" and went on to criticise some of the prima donnas of the squad by adding "When you are going to a team, and you want to be a part of a team and playing well, and there are individuals who are after personal glory ... when there is a simple pass of 10 yards, they will do things to try and get themselves noticed". He used Jamie Carragher as an example after he admitted it mattered more to him to lose for Liverpool than it did for England.

Read more »
Posted by Robert Bluffield at 16:51 No comments:

AN EASY WAY TO RID YOUR GARDEN OF SLUGS

While wandering around the Hampton Court Palace Flower Show (the worlds largest) last week I met Mr and Mrs Messina a charming couple who had invented a simple, yet highly effective, device known as the Slug Bell. This is a cheap, low cost and attractively colourful little gadget that is used to 'feed' slugs with deadly pellets to rid them from your garden.

The Slug Bell was designed as a safe, environmentally friendly and efficient way of keeping toxic slug pellets out of reach of animals and children and was devised after Mike Messina had become ill after eating part of a slug pellet that had remained on a lettuce that had been thoroughly washed several times.
With prices ranging from £8.49 to £9.99 the all-metal Slug Bell represents excellent value for money. The product consists of a simple spike that is placed into the ground that contains a small mesh feeder partway up the spike that is used to bait the slugs. Pellets are placed in the bowl and the hungry slugs, attracted by the odour given off from the pellets, have no trouble climbing the spike to devour the bait. A small bell-shaped hood, available in an array of patterns and colours to blend in with your garden, is then placed on top of the spike to hide the slug pellets from prying pets and children and to provide protection from the rain.
Slug Bells are already in use in the gardens at Highgrove and Mike Messina proudly showed me a letter sent to him by a member of HRH Prince Charles's staff praising the value of the products. Mike has also been interviewed by researchers from the 'Dragon's Den' programme.

Slug Bells can be purchased on line from the manufacturers.
Posted by Robert Bluffield at 14:59 No comments: