This is a story of pioneers, intrepid aviators, adventurers, tycoons and innovators. It is also a story of dedication and determination, for despite fixed-wing aircraft proving their value over the battlefields of the Western Front during the First World War, convincing governments and public alike that they had a role in peacetime proved far more challenging.

The Americans, as inventors of heavier-than-air powered flight had briefly courted with a passenger airline across Tampa Bay in 1914, yet it took a further nine years for mail to be flown coast-to-coast. In 1919 a British company made the first international scheduled flight between London and Paris, but the continuation of regular services was thwarted by a less-than-enthusiastic government that allowed its generously subsidised French competition, for a short time at least, to fly cross-Channel passenger schedules unimpeded.


The British eventually realised that fast links with their Empire were vital, and followed the example of the French and Dutch who had forged air links with their cousins in North Africa and the Far East.

Meanwhile, in South America, the Germans, forbidden under the Versailles Treaty from any major aircraft-building, were establishing cunning supremacy by forming airlines throughout South America and in China. While America awaited a transcontinental passenger service, Juan Trippe’s Pan American Airways was crossing swords with Ralph O’Neill of New York, Rio and Buenos Aires Line (NYRBA) for air supremacy between the US, Brazil, Argentina and elsewhere in Latin America, which led to the formation of arguably the world’s greatest airline.

In Russia, Igor Sikorsky had built a vast passenger-carrying aircraft, the Il’ya Muromets, and politicians debated whether giant airships or fixed-wing aircraft should rule the skies – an issue that was put firmly to bed when the mighty German airship, Hindenburg, exploded while mooring at Lakehurst in 1937.

Robert Bluffield’s highly researched and detailed account tells the dramatic stories of explorers such as Kingsford Smith, Lindbergh and Cobham, and flamboyant entrepreneurs, some well known, others forgotten, who risked fortunes and reputations to follow their dreams of reaching and ruling the skies over empires, continents and oceans. Against bewildering adversity, corruption, underhanded deals and dwindling resources, these tenacious individuals braved the elements using primitive, entirely unsuitable equipment to establish earth-shrinking aerial services that criss-crossed the great oceans and the globe’s most inhospitable territories. These are the stories of those pioneers – of Aéropostale, CNAC, Air Orient, Imperial Airways, KLM, Deutsche Luft Hansa, Pan Am, SCADTA, The Condor Syndicat, Qantas and others – which had a far-reaching impact on the way the modern world would travel. 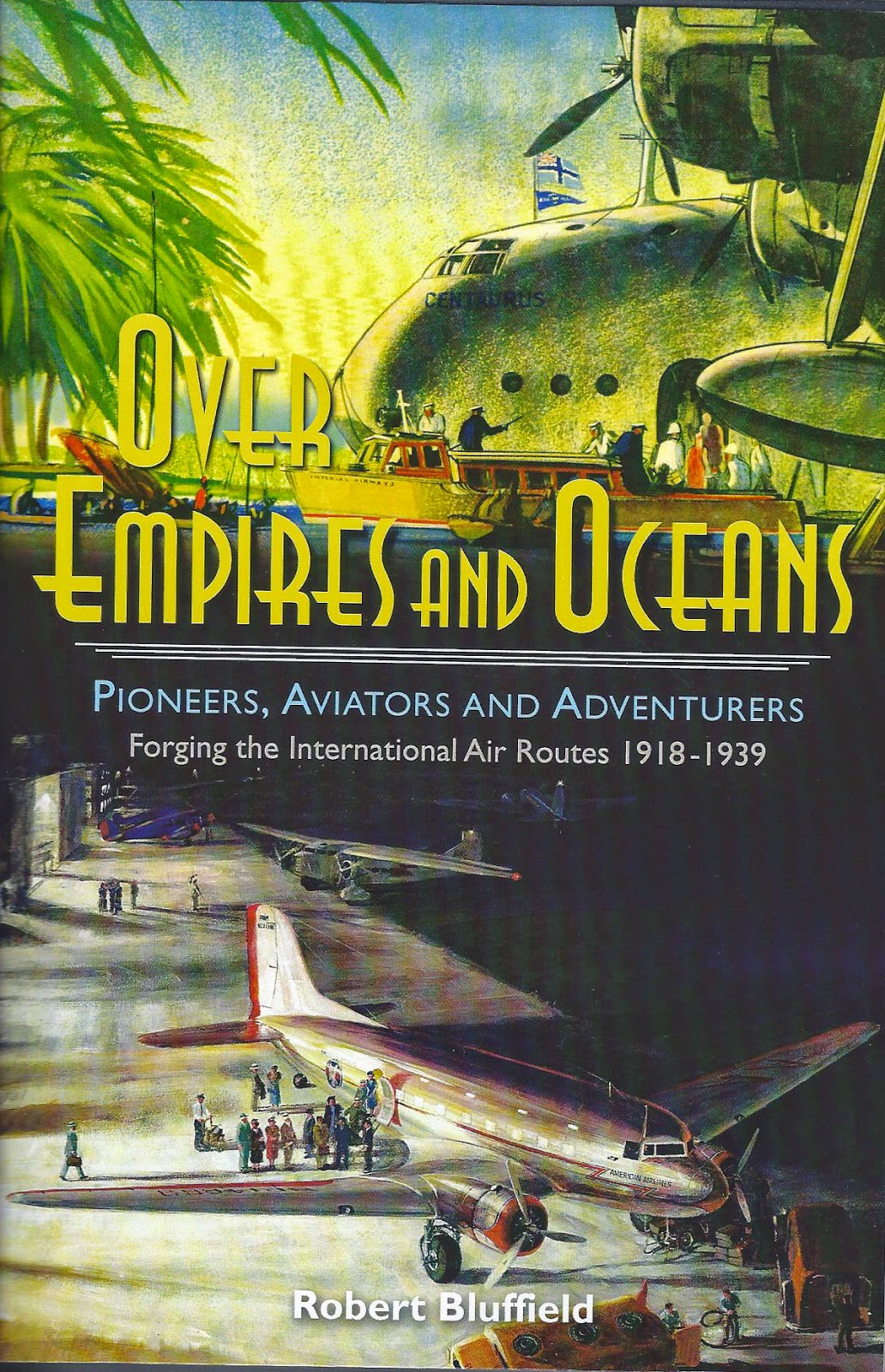 Posted by Robert Bluffield at 17:21 No comments: